State of affairs in the country is a pointer that government could push the mandate of these elected officials again.

In 2018, the Head of State requested Parliament to extend the mandate of its members and councillors. Cameroonians expected four elections to take place that year – presidential, senatorial, legislative and municipal. President Paul Biya in a note to the bureau of the Senate and National Assembly complained about the complexity of managing these overlapping elections. In July 2018, the Head of State promulgated into law a bill, wherein he extended the mandate of the MPs to 16 October 2019 and that of the councillors by 12 months. Per the electoral code of Cameroon, the extended mandate of the MPs and councillors will end next October.

This year, elections into regional councils could take place. An act that could hasten the steps of decentralisation. Therefore, regional, council and legislative elections could be organised this year. After all, the Head of State in a document he signed last week also known as an ordinance, packaged 80 billion francs CFA for elections.


However, the situation in Cameroon makes a case for a possible push of the election date again. In the two English-speaking regions, relief from government arrived last week and distribution to suffering families is ongoing. Displaced persons are flowing back into their communities and picking up the broken pieces of their lives. Although in some parts of the North West and South West regions, guns are smoking as government forces fight homemade gun and machete wielding youths.

Unlike in the presidential where Cameroon is a single constituency, the council and legislative elections break up the country it into separate electorates. Meaning, a displaced citizen who votes during the presidential election in the resettled town, picks from the same lot of candidates as any other citizen. But in the case of municipal and legislative, a displaced voter from Ndop, living in Bamenda cannot vote the council list of his choice or parliamentary candidate in Ndop because the vote is cast in Bamenda. A wait to allow displaced person return to their home is an argument that could favour a delay of the twin elections.

Joseph Dion Ngute last May during his trip to the two troubled regions announced dialogue on behalf of the Head of State. Our source in the Prime Minister’s office says the Head of Government is designing proposals for dialogue billed for a close date. Since all political topics, according to the PM are welcomed at this event except secession, elections could wait. 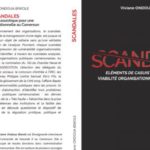 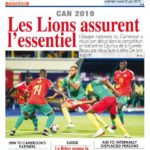