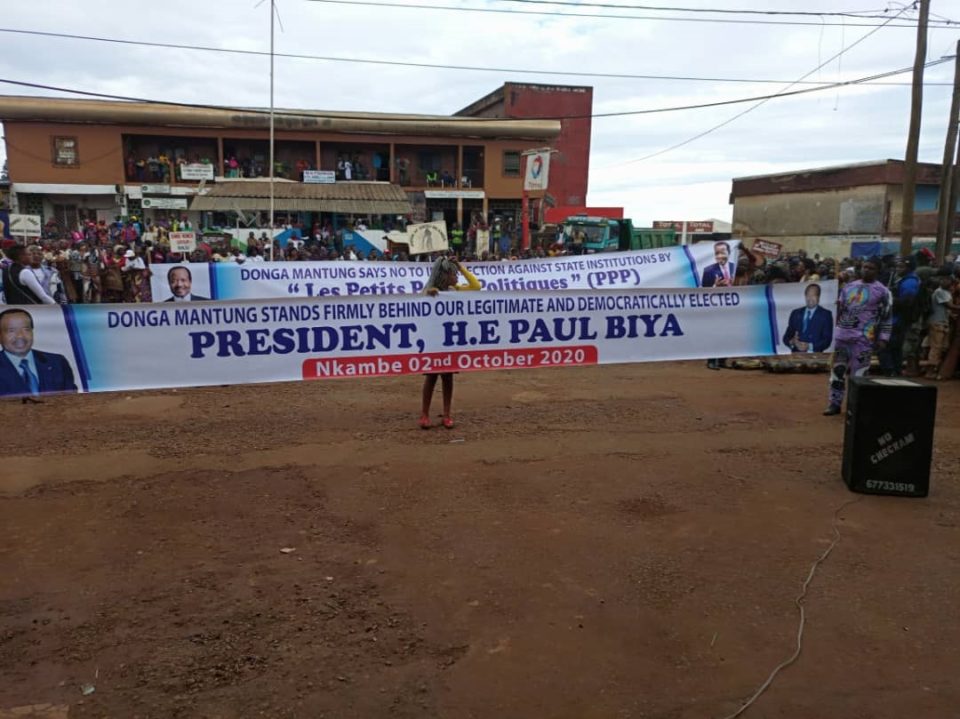 “Donga Mantung stands firmly behind our legitimate and democratically elected President, Paul Biya,” a floating banner read at the Nkambe grandstand on Friday October 2, 2020, where thousands turnout. Furthering, the population vetoed “tiny political parties” asking Cameroonians to join street protests. An attempt to oust President Biya. “Donga Mantung says ‘No’ to insurrection against State institutions,” the population said at a Peaceful Back-to-School Sensitization Rally. Hon. Ngala Gerard, a celebrated politician was meeting his constituents for the first time after entering the National Assembly in February 2020. Ngala would have loved to visit his constituents earlier but the outbreak of the novel Coronavirus forced him to delay his trip. Until government masters the situation.

The population of Donga Mantung has a phobia for chaos. While separatists forced some areas in the Northwest and Southwest to host their camps, Nkambe clapped back and pushed out the fighters. Also, the population did not answer school boycott calls. But separatists intimated most parts of the two Anglophone regions to cave in by the end of 2017. As the Buyer’s remorse gripped areas that acquiesced amba boys, Nkambe quickly became an envy. The divisional headquarters of Donga and Mantung has remained loyal to Yaounde. The situé”ation is attributed to the panoply of activities carried out by Hon. Ngala Gerard in the last decade and his dogged fight against separatists. He has not walked alone. Elite, traditional rulers, the administration and the forces of law and order, are among those Hon. Ngala Gerard cites as his support system.

The MP attributes the peaceful situation of Nkambe and other areas of Donga Mantung to the followership of the population. The MP and Douala-based mogul has touched the lives of thousands in his community. He has carried out several life-saving development projects and sponsored many children in school. Hon. Ngala Gerard is without a break involved in the daily struggles of the population. His deeds have enchanted the population that always listens to him. No doubt, the constituents rallied behind their Member of Parliament to fend off insurrection calls by opposition leader, Maurice Kamto. Cameroonians in their majority ignored the Kamto appeal. The population of Donga Mantung sees the planned protests as an attempt to disrupt and destabilize the country. And, a plan to impose Maurice Kamto as President of Cameroon. Paul Biya raked thousands of votes from Donga Mantung in the 2018 presidential election. Kamto was far-away runner up with a few votes and remains an infamous politician Donga Mantung that prefers Paul Biya. 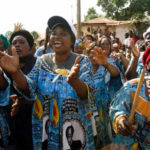 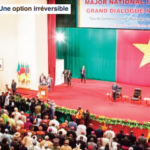