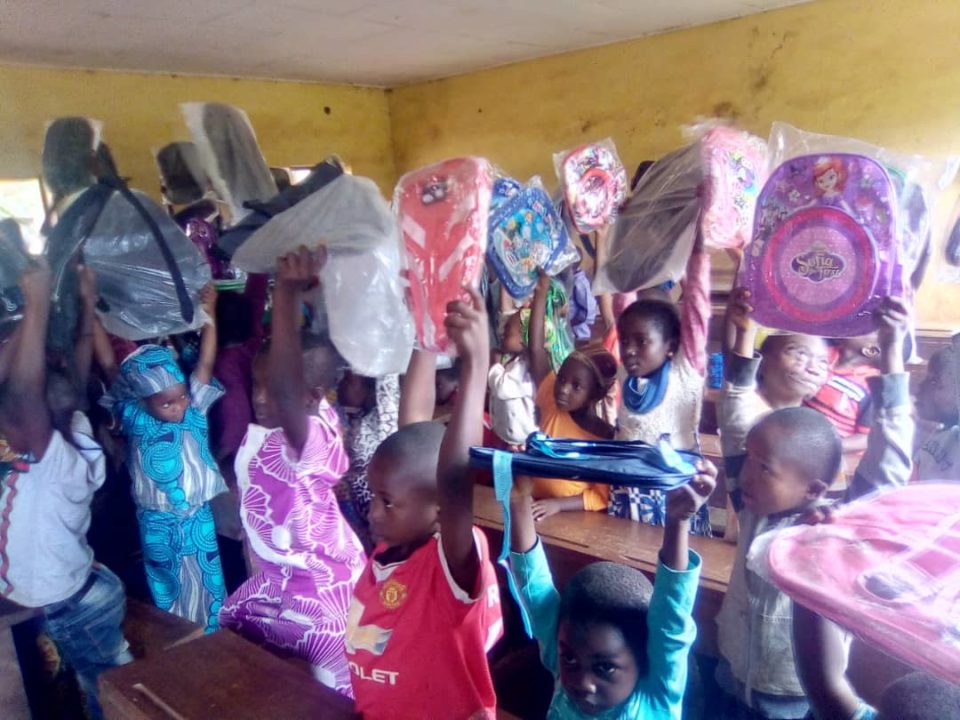 Members of the Santa Caucus, in alliance with the CPDM mayor of Santa council, and MP of the Santa Special Constituency, have assisted pupils and students in the Subdivision.

The heavily attended ceremony to boost effective school reopening and encourage parents to send their children to school, took place at the Santa Council Hall, on October 16, 2020. The Santa administration, religious, traditional and civil society authorities attended the historic event despite its sudden scheduling.

Beneficiaries received high quality school kits exercise books, pens, pencils, chalk, rulers and Mathematics Sets. The donors also offered solid benches for the classrooms. In addition, the elite and officials distributed anti-coronavirus kits to schools to fight the spread of the COVID-19 pandemic and to keep the education family safe.

Besides the donation, the elite, Mayor and MP also encouraged the population enduring the most of the security crisis in the region. Dr Chi Asafor Cornelius, conscious of the hardship and concerned about the security situation urged parents to shun fear and send their children to school. He lessoned on the importance of school and insisted that a child without education has no future.

Frank Anglophones have become beggars and preachers of peace due to the fallouts of the crisis. Dr Chi Asafor could not be cold. He talked peace, national unity and patriotism at the Santa event. Dr Chi Asafor hammered home the message of “no development without peace.”

L’Action learnt that Santa elite only backed the initiative of the Mayor, Fon Samki Elvis – widely hailed at the ceremony for encouraging the education of children. Speakers also praised members of the Caucus for squeezing out time from their busy schedule to attend the crowd-puller ceremony.

In the last three years of the Anglophone crisis, Santa has not witnessed such a massive turnout.
Without distinction, beneficiaries: pupils, students and parents from the entire subdivision came out although the benefactors are hard-core CPDM militants and staunch supporters of President Paul Biya there was no political affiliation-based discrimination.

Observers attribute the turn out to the galore of positive reviews that Santa Caucus gets. The President of the group, Dr Chi Asafor Cornelius, a practical and experienced  great servant of the state and his vice, Ntum-Kwifon Che Linidolf Ndonyam, a well-known philanthropist; form a results-oriented duet – credited for the popularity of the Santa Caucus – two years after its birth.

Ahead of the presidential polls in 2018, the elite from the gateway Subdivision created the Santa Caucus. Leaders and members of this group share a common vision. Support the National President of the CPDM Paul Biya, also Head of State, and pull development to Santa.

The Section President and his executive enjoy the support of the base as they were elected by universal suffrage. The Caucus is the congregation that umbrellas the elite, executives of Mezam II Section (Santa), and CPDM elected officials. Core components of Santa. Political campaigns for example, need funds that the section does not have. Any fund-raising drive will fail if the elite (Santa Caucus) ignore the call. Elected officials are supposed to influence the daily lives of the constituents.

The victory of President Paul Biya in Santa at the 2018 presidential race was seen as a payoff of the federated front of the elite and the section officials. The synergy between the elite (party sponsors) and the section in Santa, is an example that has left many areas ‘jealous’. Santa easily came up with a consensus list of the candidates to be fielded by the CPDM for the December 6 regional elections.

Santa Caucus champions the development needs of the subdivision, preaches peace and national unity. Members of the Santa Caucus have kept encouraging parents to send children to school and to ignore separatist boycott calls.

Before the outbreak of COVID-19, Santa was one of the few areas where national events such as Youth Day and National Day held, with the population in attendance. A stride attributed to members of the Caucus. No doubt, normalcy is returning to Santa faster than in other subdivisions of the Northwest Region. The group has a data of influential elite. 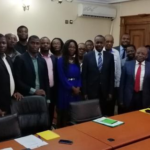 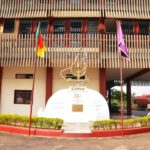