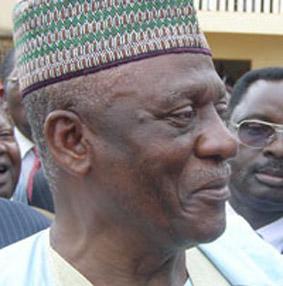 The law provides a two-week time frame for campaigns but ahead of that period, false themes are emerging from opposition camps.

Honesty: Ben Muna’s blab The Alliance of
Progressive Forces, APF, would have a hard task of convincing the
electorate because its leader, Ben Muna is judged to be dishonest
following his track record in Cameroon politics.

According to the party there is no such thing as “good governance”, but something called “honesty and truth.” Forget why Muna left the Sdf and look at his recent past. In its convention to choose his party’s presidential candidate in April this year at the Yaounde Conference Center, the party’s legal instruments were ignored and Muna was appointed rather than elected. Also last year, frustrated that he was not picked as candidate in a meeting organized by the Cameroon diaspora in the United states, Muna organised a ceremony with “ghost” civil society leaders and “fake” traditional rulers in the North West from whom he received “endorsement” as civil society candidate for the October poll. Dishonesty is what his party will be selling to voters. Photos of Muna in the party’s campaign material produced in France are appealing but his heart is the same.Change: comeback of an SDF old song Kah Walla who resigned from the party to go solo with the Cameroon Peoples’ Party, Cpp is part of this song which was introduced in the 1990s. The party’s slogan says, “it is up to us to make this change to build this new Cameroon.” In a statement on the party’s website Kah Walla thinks that the “time has come for Cameroon to become Central Africa’s economic powerhouse with 10% growth by 2016” while the Cpdm is on course to make Cameroon an emerging economy by 2035. Ayah Paul Abine of the Peoples’ Action Party, PAP-former Cpdm militant and now presidential candidate thinks same. “A new people , a new Cameroon,” is his doctrine.In the 1990s, the SDF swept millions with its “change” theme and nearly won the presidential election in 1992, losing to the incumbent CPDM party of President Paul Biya. If it worked then, can it work 20 years after? The SDF thinks so. The simple logic is that change is the only reason people vote out governments. Remember “Change We Can?” Marking the 21st anniversary of the party in May, party officials reinvigorated the old rhetoric of the need for a three-year transitional government, a federal state (of four autonomous blocs) and a new electoral code – the only exception being the demand for a sovereign national conference, which would be in a part national court to try Cameroon’s leaders. The conditions of the 1990s have remained largely the same, if they have not worsened claims the SDF. “They want change. They cry a change. They want change,” says SDF Secretary-general Elizabeth Tamajong when asked what Cameroonians need. There is every indication that when people yearn for change they are often driven by some irrational impulses to support demagogues who have no track record of leadership.  Barely two decades ago Cameroonians were taken on a joy ride, by the inexperienced, Ni John Fru Ndi who promised “power to the people,” an empty slogan, as this lofty promise turned out to be, was nothing but a captivating utterance designed to rally the people to a cause that had neither direction nor a system of organization to deliver the desired end of “power to the people”.  Despite this, there is the success of the CPDM in Cameroon politics.  The CPDM has won election after election since the introduction of multiparty elections in Cameroon principally because it is the best organized party in the country.  From the Cell, Branch, Sub-Section, Section, Central Committee to Political Bureau. “The CPDM is the only party in Cameroon that can boast of a system of organization that is durable, operates as designed, and actually does work,” Prof Emmanuel Konde, says in his article, “Why the CPDM Will Emerge Victorious in the 2011 Presidential Election.” 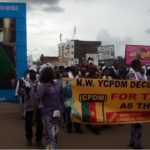 “The board ensure the smoothness of registration : Dr Samuel Fonkam Azu’u