After the appointment and swearing in of the six new members of Elections Cameroon, the president of Elecam talks about their missions, progress made by Elecam agents on the field, purchase of and available election material, the recent proposal of bishop on elections issues and a lot more.

From 12 initial members, Elecam now has 18 members. What do the six new members bring to the table?Indeed
we were initially 12 of us and now our structure has been stepped up to
18 individuals with 18 different backgrounds. Each person brings
onboard their experience and character. I wouldn’t say the increase was
triggered by the amount of work we had. It is the legislator who decided
that the membership should be increased to 18. If we take the case of
what obtains in other counries of the sub region you realise that our
two neighbours that is Chad and Central Africa Republic have electoral
commissions that comprise 31 members each. But in Burundi, the electoral
commission has only 6 people. In fact each country puts in place the
type of electoral commission that best fits its aspirations. 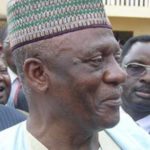 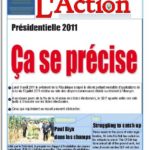