Paul Tasong, secretary general, MINEPAT“Paul Biya is the right man at the right place”The convening of the electoral corps for October 9th 2011 leaves in me felling of total satisfaction. It proves that the Head of State His Excellency Paul Biya, who has the constitutional responsibility of the guarantor of the institutions of the State, is the right man at the right place. The electoral system is the strongest of State institutions and respecting the calendar thus goes to show how much importance’s he attaches to that.

We have heard supposed political pundits from the opposition cast doubts on the date of the elections, but there was no reason to doubt. I did follow some of them say they are waiting for the official convening of the electoral corps to go to work. This justified that they were doubting Thomases and for sure they thought this will not be accomplished for them to have a reason to cry fowl. We can now see they got it all wrong.Charles Mbella Moki, Section president, Fako III« We are assuring the president of our loyalty »I am particularly pleased with the convening of the electoral corps for October 9 by President Paul Biya. As a section president, I would like to assure the President of the Republic that we are ready for the election. We are also ready to vote for his party. This is a challenge and we would do all it takes to measure up to it. All this will be to ensure that the Cpdm candidate is duly elected during the election. We are a people who should not be doubted in terms of our loyalty and commitment to the ideals of the candidate of the Cpdm at the upcoming ordinary congress of the Cameroon people’s democratic movement. I will be carrying the dreams and aspirations of the people of my section to Yaoundé. We shall come forward with a stronger party in terms of rejuvenation.Prof Doh Anderson Sama, GM Yaoundé Gynaeco obstetric hospital“We would fine tune wining strategies”Indeed we have been waiting for this moment. We now know not only the date of the congress but also that of the presidential election following the decree signed Tuesday afternoon by President Paul Biya. Our effort of sensitisation of potential voters is ending in a positive manner. Every active member of our grand party is expecting the natural candidate to answer the call. During the ordinary congress, he would surely answer us and from there, we would fine tune strategies for his victory.Fru  Angwafo III, militant “In strict respect of the provisions of the law”The Head of State has convened the election for Sunday October 9th 2011, in strict respect of the provisions of the law. This decree sets in motion activities that militants of our party, The CPDM, must carry out in coming days. Firstly, join Cameroonians within and without the country to secure individually their national identity and voters’ cards so as to able to vote. Secondly, mobilize militants and sympathizers for a massive vote of H.E. Paul BIYA, the candidate of the people. And finally, stakeholders of the CPDM party, in reaction to the peoples’ call and in the high interest of our dear country, must work towards a resounding success of the third ordinary congress of September 15th and 16th, 2011.   We join all citizens of goodwill to work diligently and tirelessly towards a free, fair and transparent election so the nation can continue its forward march towards emergence in peace and unity! 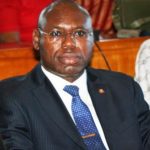