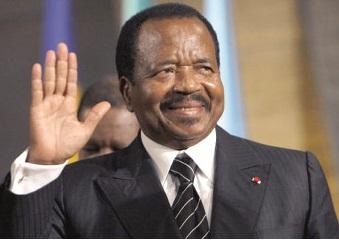 At the eve of the New Deal’s 29th anniversary, the Secretary General of the Cpdm central Committee, Rene Sadi has called on party militants and sympathizers to rally behind Biya’s new policy of greater accomplishments.

« With the landslide victory of the candidate of the Cameroon people’s democratic movement (Cpdm) at the presidential election of October 9, 2011, our country has again written a wonderful page in the young history of its democratic process”, writes Mr Sadi. Contained in a two page circular, the messages is aimed at fulfilling four objectives: thank Cpdm militants, sympathizers and voters for their votes, make assurance double sure vis a vis the post electoral situation of Cameroon by calling on all Cpdm militants to be vigilant, preserve peace and safeguard national unity and stability. In sensitizing and galvanizing the population to support Paul Biya’s vision for Cameroon within the next seven years, the circular also calls on party officials to extend the celebration of Paul Biya’s 29th anniversary as Head of State to the level of councils, sections and divisions. In this connection, divisional coordination teams will be present in divisional headquarters while regional ones will give more verve to celebrations in the regional headquarters. At the party’s seat, a supervision commission has been put in place to coordinate the event on the field and oversee the different activities to be organized in Yaoundé. It goes without saying that party officials will use this 29th anniversary to bring onboard all the partners of the Cpdm who did contribute to the great success of Mr Paul Biya during the recent presidential election.
After 29 years of peaceful leadership, Cameroonians once again voted in favour of Paul Biya. Sadi’s circular holds that the aforementioned victory represents the “maturity and wisdom of Cameroonians, their collective desire to live and stay as one and tolerance among Cameroonians”. As a matter of what precedes therefore, Paul Biya’s victory crowns the extraordinary mobilization of Cpdm militants, sympathizers and friendly parties who demonstrated a high degree of persuasion before Cameroonians. In unambiguous terms, the circular stresses that “what Cameroonians cherish most is the freedom and liberty to remain masters and promoters of their collective destiny”. A collective destiny that today will take Cameroon from greater ambitions to greater accomplishments. Being the benchmark of the new policy of greater accomplishments, economic emergence by the year 2035 is the biggest concern of the Cpdm in the current dispensation. For this to happen, there is need to concretize the president’s hope for Cameroon to be a vast construction site in the next seven years.
Stakes
Unlike previous editions, the 29th anniversary of Paul Biya’s accession to power encompasses stakes and countless challenges for the all militants of the Cameroon people’s democratic movement in particular and all Cameroonians at large. Firstly, it comes up at a time when a group of “perfect people” are strategizing on ways and means of imposing their views on independent and harmless Africans. This explains why the party’s Secretary general insists that Paul Biya’s victory represents the desire of Cameroonians to live and stay as one. Secondly, recently held Cpdm events (third ordinary congress, golden jubilee of independence and the upcoming oath taking of the President of the Republic) further suggest that the entire country must lend its full support to Paul Biya. Moreover, his announced desire to transform Cameroon from a developing country to an emerging one requires his party’s militants and sympathizers to do all it takes at their various levels for Cameroon to have a two digit growth rate, a well empowered private sector, a performant public administration, an active and proactive diplomacy, industrial scale energy production, drop in corruption indicators and above all, peace and political stability throughout the country. 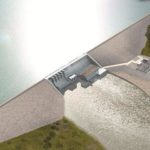