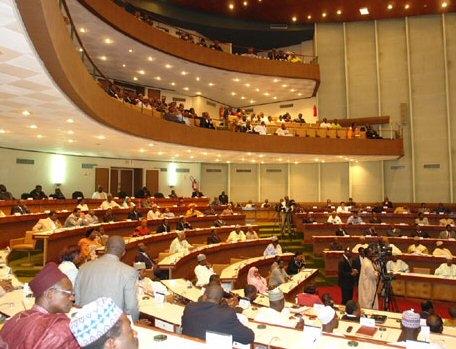 In his opening speech, the house Speaker, Rt Hon Cavaye Yeguié Djibril stressed the bona fide intension of the ongoing fight against corruption.

« I am very much amazed by the behavior of some personalities under custody within the framework of the fight against corruption in Cameroon. They want to transform this legal affair into a political issue”, regrets the Speaker of the National assembly. “This cannot be tolerated”, he hammered “and people must learn to take full responsibility for their deeds”.  In a historical manner, he reminded Members of parliament as well as those of the diplomatic corps present that “while opening the third ordinary congress of the Cpdm on September 15, 2011, the President of the Republic, H.E Paul Biya reiterated that his determination to fight against corruption remains constant and will continue irrespective of political leaning and social status”. As he rode on, he quizzed his peers and the entire audience on two questions derived from the above except: What Cameroon do we want for our children? Is it right for an individual or group of individuals to take our country’s resources hostage? “Deciding not to support this initiative is tantamount to rejecting the programme proposed to us by Mr Paul Biya-rigor in the management of public funds”, he said. He rounded off his take on the fight against corruption by noting that “Cameroonian citizens are not foolish, the truth will always emerge”. Before expanding on the preceding issue, he praised his colleagues who spiced up parliamentary recess through their contributions in fostering bilateral and multi-lateral ties between Cameroon and the rest of the world. “I would like to extend my kudos to Hon Roger Nkodo Ndang who was elected first Vice President of the Pan African Parliament in Midrand South Africa last May 2012, as well  as Hon Njingu Moussa elected president of the Economic and financial commission of the same institution”.  To this effect, he urged both men to “do all it takes to merit the confidence of those who elected you. You must be bright ambassadors of Cameroon and full defenders of our continent. Never forget that several Africans count on the Pan African Parliament”, he advised while wishing them “much success in the discharge of their duties”. He also highlighted his recent visit to the Turkish National Assembly on the invitation of the President of that institution. Rt Hon Cavaye said “we had a sincere working session and in the coming days, bilateral relations between our countries will be fostered”. Another highpoint of his opening address was the successful celebration of the May 20 event which represented forty years of the unitary state in Cameroon. “Coming at the eve of the celebration of Cameroon’s 50 years of reunification, May 20 marked the collective desire of Cameroonians to live and stay as one”. Further on, “our fellow countrymen in Bakassi and Darak were completely part of the event, showing to the rest of the world that these territories belong to Cameroon”, he said. In this regard, the Speaker of the National assembly urged government officials to “multiply such initiatives in a bid to ensure that funds allocated for the development of these areas fully and rightfully serve their purpose”.
MANYANYE IKOME 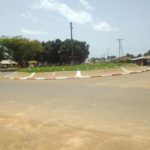