An unexpected crowd turned out at the launching of presidential campaigns at the council hall on Tuesday, September 25, 2018.

The CPDM sprung up another surprise in Santa, after a resounding and successful launching at the Bamenda congress hall, birth place of the party in 1985. Here, the militants danced, sang, took commitments, mapped out their campaign itinerary and fine tuned their strategy.

All the speakers made a case for the candidate of the CPDM – his experience and character cut across. Santa is one of the areas in the region where violence has not escalated. The population in collaboration with the forces of law and order intends to keep the sub division peaceful; before, during and after elections on October 7. “We have taken the commitment not only to vote but vote for candidate Paul Biya”, the President of the Council Campaign Coordination Commission, also Section President of Mezam II said.The youth, through their President Dingha Kingsley, see in candidate Paul Biya, one who fights indefatigably for them. After enumerating what President Paul Biya has done for his young compatriots, the YCPDM president declared: “We youths from Santa Sub Division today, pledge our support for His Excellency Paul Biya, who is a sure candidate, well grounded and unquestionable experience.”For the women,  Mr. Biya, is head of a successful  home and good husband who always takes his wife to where ever he is visiting – a sign that he cares about the women folk.

Candidate Paul Biya, has involved women in all levels of national life, according to WCPDM President of Mezam II Taka Justine and deserves another mandate to do more for the women.  The WCPDM President, also the Director of Community Development called on women to convince their children and husbands to vote Paul Biya.The representative of the Mezam Divisional Campaign Coordination Committee, Chi Asafor named the benefits of Santa from the new deal of President Paul Biya. He beckoned on the youths to take a commitment of protecting the lap from Matazen to Akum on the Babajou – Bamenda road from attacks. Trucks and other machines of the company building the road were burnt at their base and the road gorged recently. All fingers pointed at armed secessionists. 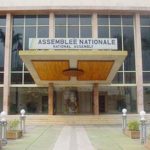