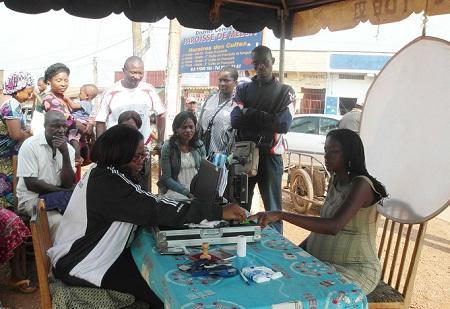 Cameroonians of voting age now have till March 29 2013 to get their names on Elecam’s registers.

The announcement was made Tuesday February by the president of Elecam’s director general, Mohaman Sani Tanimou, 48 hours to the close of the exercise earlier slated for February 28 2013. The affluence these past days at Elecam registration posts around town has been described as overwhelming, as men and women, old and young rush to get registered in order to be able to carry out their civic duties at the appointed time. While the last minute rushes have been blamed on the feet dragging attitude adopted by many, the inaccessible nature of some remote areas of the country also counts. The unavailability of registration kits where the population is huge has been decried by the population too. as of February 23 2013, Elecam’s statistics indicate that, 4,502,328 Cameroonians of voting age have registered, bringing the percentage to 64. The figures have been released at a time when officials of the elections organizing body are seeking to draw the curtains to the exercise that commenced in October 2012. Going by results obtained so far, the North region tops the chart with 481,872 (80%) registered voters, followed by the Adamawa with 313.393, and the South region occupying the third position with 198.668, scoring 70 percent of its set target. The East region comes at the fourth position after registering 242.759 potential voters. 558.691 potential voters have registered in the Littoral bringing the region to the fifth place followed by West region with 472.836 at the sixth place. The North West and Centre regions both occupy the seventh place on the classification board, with former having 438.815 and the latter obtaining 719.014 (63%). Even though the Far North region is at 832.774 registered voters, it occupies the ninth place with a percentage of 60. This is due to the fact that potential voters known to be in the region have not gotten their names on the new registers. At the bottom end of the table is the South west region with 243.506 voters obtaining 40%. It is worth noting that 2.395.866 men have registered as against 2.106.462 women, considered to have a greater bulk of the Cameroonian population.At the start of the exercise, the target announced by the general manager of Elections Cameroon Sani Mohaman Tanimou, had been 7 million, going by those who had taken part in the presidential election in 2011. The biometric recompilation has done away with multiple registrations.Obstacles One month to the close of the exercise, there is no doubt that Elecam has put in maximum effort and may still struggle to fill in existing gaps in the target set. Many problems have hindered the smooth running of the exercise. The majority of villages are so remote, posing the problem of accessibility. Not only have Elecam teams been unable to get to the villagers but the villagers themselves are reluctant to cover great distances to get registered. With the biometric way of registering, people were expected to be physically present and not be represented like in the yesteryears. With some people not having identity cards, the exercise started rather slowly till President Biya during his 2012 end of year address to the nation announced the free issuance of this vital document, most needed for registration. The population also complained of the few numbers of kits which could not serve the long queues of people who turned up each day. The ongoing farming season has led to the marked absence of women in the process. The most of them have privilege their farms to the registration process.Despite the obstacles that have been recorded, some political parties as well as civil society have thrown in their weight to not only sensitize the population but also encourage them to get registered. Amongst these groups, the Cameroon people’s democratic movement (Cpdm) occupied centre stage until recently, when the Sdf joined the race. Deploying delegations to the regions, divisions and sub divisions, Cpdm militants have combed nooks and crannies, even contributing financially to boost the exercise. The extension of the exercise comes at a time when echoes from the field showed a high demand for the closing date to be carried forward. This move by Elecam is hoped to be the period of grace to enable late comers especially women to make their presence felt on the voter registers. 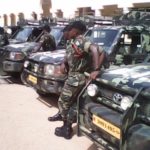 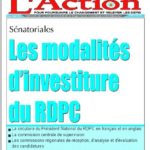