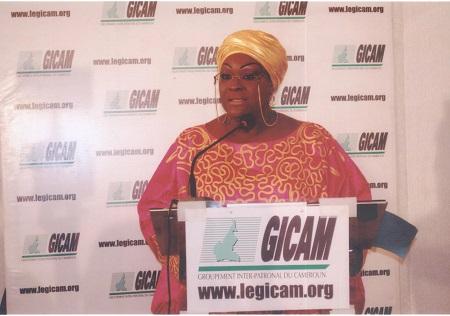 Ama Tutu Muna, Minister of Arts and Culture at the invitation of Cameroon’s cartel of enterprises was in Douala Last Thursday , May 30 ,2013 to explain the raison d’être of the toddler heritage and arts Foundation in her Ministry and win sympathy in board rooms.

In the main hall of Gicam’s seat at Bonanjo, the Minister took to the rostrum in the charm of a marketer introducing a new product in the market. “I do not have an official speech but I have come to meet you so that we talk culture,”. According to the Minister, the “petit budget” and the lack of funding for cultural activities pushed the reflection on Harts project in 2009. Her encounter with the cream of the business world, controlling 65 % percent of the country’s gross domestic product (Gdp) was to explain the natty gritty of the project and answer concerns but more so encourage them to become partners to the project.Harts would mobilise funds from the private sector and offer the donor the option to choose what project to sponsor and also trace funds bequeathed. “Government sponsors the foundation, so all donations go to projects and the sponsor decides what project gets involved in,” the Minister assured the entrepreneurs.To reward the donors, the Ministry has caved several prestigious and visible offers from the State of Cameroon to the philanthropists. “These are life time recognition that is why we had to set the bar a little bit high,” she explained.Harts, expected to go fully functional in December 2013, according to Ama Tutu Muna has three projects in its drawer; National Museum, Abbia d’Or and Luxurious 1500 seat hall.To reopen this month, the National Museum housed in the 1935 former presidential palace will “immortalise” donations from sponsors, the Minister noted. Statues of donors will be erected in a reserved space within the museum’s courtyard named “friends of culture.” Names of individuals or corporations would be affixed to the walls of the museum on different material matching the donation. Platinum, gold, sliver and bronze are some of the incorruptible materials from which the plaques would be fabricated. Heads of State would on the sidelines of the Gulf of Guinea Summit on security to run from June 24 to 25, 2013 visit the museum, according to a source in Minac, who says the Museum has been honoured by two civil cabinet visits recently.Also, the Ministry is re-introducing the President’s Prize that used to be awarded to an individual for outstanding efforts in the cultural domain. Icing on the cake, the Minister gave her word to would be patrons of Harts that the national awards in arts and culture will be organised later this year. Named Abbia d’Or the awards will reward artists at home and abroad in specific categories with well defined terms, Ama Tutu noted.To cover 7000m3, the construction of the underground hall in front of the National Museum building will begin next year and government has already provided funding. But, “we need partners to built small film halls around the country that can be easily managed as is the practice en vogue,” Ama lured the business persons.Before, the Minister concluded her powerpiont, Doris Tchatchou, a young media entrepreneur, to whom Minac has ceded the Ministry’s institutional magazine kept her audience spell bound with her presentation on Harts Magazine.  Rocked on an editorial policy that primes the culture of Cameroon, the magazine honours jobbing orders from the private sector, compete for space in kiosk and speak volumes of our heritage and less about the minister, she noted.In the course of the May General Assembly, Minac handed gifts to Gicam members in small boxes marked Harts. Printouts of laws relating to copyright, sponsorship and the foundation were also offered to the CEOs in softcopies. To further pamper the business magnates, the Minister gave an open invitation to any member of Gicam in Yaoundé who wants to get a sneak peek museum before it opens officially.  However, Severin Tchounkeu President of Groupe La Nouvelle Expression quizzed the minister on incentives the entrepreneurs could benefit after donating. “Although there is no specific law on your concern I promise you if a philanthropist wants to donate, nothing stops me from taking his file to the Prime Minister and head of Government to negotiate for a waiver,” she clarified.Ama’s last week trip comes three months after another to present the foundation to Cameroon’s cooperate world at a cultural evening in Sawa hotel. 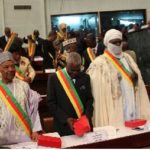