The hustle and bustle is on as CPDM candidate’s files for the Senatorial election undergo scrutiny to avoid errors of the past.

Last weekend was quite a hectic one at the Central Committee of the Cameroon People’s Democratic Movement. Friday February 16, 2018 was an unusually busy day at the CPDM Party seat as it was the deadline for all the lists of candidates vying for places at the august House from the ten regions to be deposited. The parking lot of the premise was particularly full as cars drove in and out, bringing persons concerned with depositing the files. Even the security was uptight taking into consideration the circumstances and it was even evident that the police officers usually on post had received new directives concerning the situation at hand. Systematic checks and thorough questioning were stepped up, giving the compound a different aura.

A makeshift office equipped with chairs and tables had been setup, to accommodate the special team of verifiers put in place by the Party to ensure that the documents received from the regional Reception, Analysis and Evaluation Commissions were in order and in conformity with the law. Partitioned according to the ten regions from the Adamawa to the South West Region, the tables had a range of two to three persons charged with perusing through the documents, paying attention to every detail. First to arrive was the delegation from the South West region, headed by Peter Mafany Musonge accompanied by the Chargé de mission. Like the procedure stipulated, they were received and their package comprising of the commission’s report and lists checked and confirmed. Formalities completed, the head of the South west regional commission headed out bearing a copy of the deposit form to attest.

From then on, the buzz in the office increased as the various chargés de mission kept filing in to deposit their files which according to our sources ranged from two to five. This reporter observed the camaraderie amongst the verifiers who ensured that the documents compiled by the various candidates were valid and signed by the competent authorities. The arrival of the lists from the Littoral region in the wee hours of Friday confirmed the determination of respecting deadlines. It is worth noting that contrary to what public opinion may holds, the aim of the crosschecking is to avoid leaving anything to chance. As a matter of fact, the meticulous job as seen performed by those in charge of combing through the files has always been one of the Party’s strong points. Up till press time this Tuesday February 20, candidates kept coming in with supplementary documents to complete their files or change those which were not in conformity. 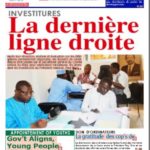 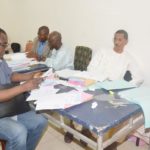