The 70-person committee deliberated on how the two cultures inherited from the colonialmasters – Anglo-Saxon and French, and the indigenous ones can exist in harmony,yet distinct.

Cameroon’s recent history has a chapter of hate speech clutched on tribal lines. The Anglophone crisis and the post-election disputes have gaped the wound and the members of this committee proposed ways of fixing the intolerance in Cameroon.

During their work, the Chairman of the Social Democratic Front, one of the opposition parties taking part in the national dialogue visited the committee. John Fru Ndi exchanged notes with the President of the Commission, his vice in the SDF,
Osih Joshua. The 2018 presidential candidate briefed his party boss on the deliberations. Which are frank and everyone is allowed to air his mind. Later, the Chair of the Major National Dialogue, Chief Joseph Dion Ngute, also Prime Minister, and
head of government paid them a visit. Both authorities were okay with the ongoing work within the Committee. Earlier, the Committee listened to the report of Tuesday’s deliberations from the rapporteur Dr. Chi Cornelius Asafor. Among other things, the need for a law on ‘intuitional bilingualism’, the use of English and French as ‘administrative’ and p ‘commandment’
languages to disperse the ‘assimilation’ feeling among the English-speaking population of the country, featured inthe report.
Members of this committee want government to rename the bilingualism commission created in2018, into an agency with ‘police’ powers in terms of enforcing the use of both official languages. Other than propositions, the report captured the
working atmosphere within the Committee. Members of the committee will meet in the morning to adopt the report of yesterday and later in the evening examine the final report to be forwarded to the bureau of the national dialogue. So far, the reports are faithful to the opinions and recommendations of the speakers. The members applauded the rapporteur and histeam for the
density and detail of the report. 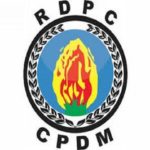 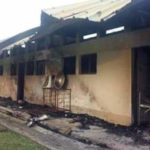