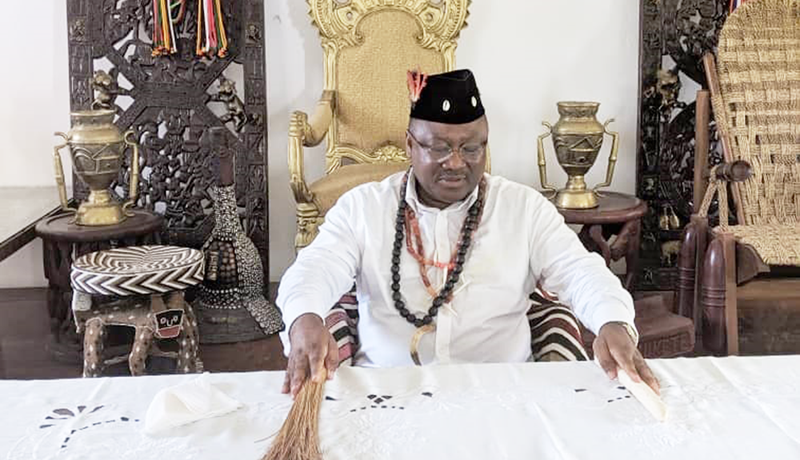 The decision by Senator Nfon V. E Mukete to present the successor of the Bafaw traditional stool to the people took many unaware. Prince Ekoko Mukete, age 55 and a business magnate is the last of the seven sons of Nfon Mukete. He was presented to the Bafaw traditional council and the entire villages that make up the tribe last week end. Most people have interpreted the move as a wise one given that due to his advanced age, the Nfon could not effectively pilot the affairs of his first class chiefdom. The decision is also aimed at preventing any future succession conflict among his children or the tribe whenever he joins his ancestors. After openly transferring the traditional hat to the new successor, Nfon Mukete disclosed that his heir is now in charge of the affairs of Kumba and the entire Bafaw tribe. His complete authority over the throne will be performed by administrative authorities. At the age of 101, Senator Nfon Mukete remains an icon and a symbol to the nation and among traditional rulers. His industrious nature has led to establishment of the giant industrial company known as the Mukete Estate, involved in the production of Rubber, palms, Cocoa, pineapple and beef. The Estates recruits over 1000 workers. Nfon Mukete inherited the Bafaw traditional stool from his late father, late Nfon John Mukete, more than sixty years ago. The cosmopolitan population of Kumba fines a home as they settled with no tribal distinction. The new Nfon, a business mogul and honorary consul of Turkish Embassy in Cameroon has as challenges among others to reconcile the cosmopolitan population of kumba and bring them under his authority. He will also have to unite the ten villages that make up the Bafaw tribe, spread in Mbonge, Konye and Kumba. In addition, the new Nfon will have to reconcile the palace with the CPDM party in Kumba and Meme, given that things have not been going well within the past years. 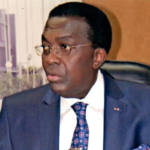