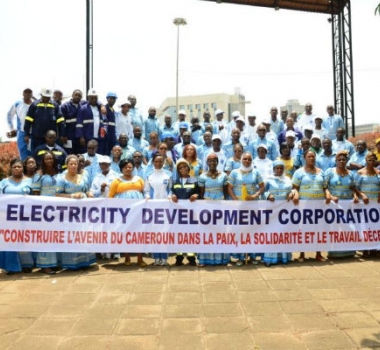 Following the presidential Decrees of 4 May 2020, the Electricity Development Corporation (EDC) has seen its operational perimeter enlarged with the attribution of new functions and businesses.

Without reading into a crystal ball, it is comprehensible that the new dispensation will favour public-private partnerships, as government cannot directly ensure the management of hydroelectric dams on its own. Indeed, this reorganization will lead to a remobilization of staff who today have different perspectives and career plans that will go beyond the EDC as was highlighted by the corporation’s Managing Director Théodore Nsangou, recently. According to Decrees N° 2020/244 and N° 2020/245 of 04 May 2020 signed by President Paul Biya, EDC’s missions have been clarified and strengthened thereby modifying its corporate purpose. As a result, “it is incumbent upon the Board of Directors to set the company’s specific objectives and approve its performance projects based on EDC’s modified corporate purpose and missions in accordance with the overall objectives of the sector. It will also approve annual performance projects and reports, adopt EDC’s organizational chart, staff regulations and rules of procedure,” Victor Mengot, EDC’s Board Chair says. He adds that by scrupulously ensuring the effective and efficient implementation of the above, the Board under the guidance of its Chair, will also be able to assess the performance of the management team. Moreover, the corporation’s role as adviser to the State in energy matters has been confirmed, which effectively reduces recourse to external consultants who may not necessarily master the country’s energy environment. As a corporation that operates solely in the energy sector, the Head of State’s Decrees further empowers EDC to better undertake the management of the State’s assets. There is no gainsaying the fact that electricity is a guarantor of Cameroon’s development, going by the Head of State’s vision for the country by 2035. The presidential decree also gives the Electricity Development Corporation access to the thermal power plants built under the Emergency Thermal Programme, which were previously granted to ENEO. EDC will now also manage the renovation and rehabilitation of all the hydroelectric storage dams in Cameroon as well as generate and sell energy directly to distributors thus becoming the energy wholesaler. The modified corporate purpose also gives EDC the mandate to set up subsidiaries within the confines of its perimeter of operation. 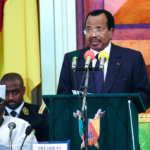