According to a study carried out in some five regions in 2019, close to 2.5million civil status documents of the 5million investigated upon are fake.

The National Civil Status Registration Office (BUNEC) in its newly acquired summary table has identified twenty-nine types of fraud in relation to civil status documents. The repertoire was presented at a seminar in Yaounde, last October 21, 2020. Presided at by Alexandre Marie Yomo, BUNEC’s Director General, the meeting was organised to validate the findings of a study carried out in the Adamawa, North, Centre, North West and South West regions with the aim of categorising types of civil status fraud and seek ways of limiting them. The study was conducted by the Support programme to modernise the civil status PAMEC and the General Delegation of National Security DGSN and brought to light facts that several of such documents as birth, death and marriage certificates issued and in people’s possession are fake. According to BUNEC’s Director General, previous studies had been carried out. “The first was in 2003 by the ministries of Territorial Administration, Justice, External Relations and DGSN. The second was in 2006-2007, done by a French operator in which he highlighted the malfunctions within the Cameroon civil status and fraud. Still in 2006, a study was done this time with backing from the European Union, with the technological support of the United Nations”.

Going by the study, nearly 5 million documents were investigated and over half of these were found to be fake. Experts from BUNEC, DGSN, PAMEC and representatives from the Ministries of Justice and of Decentralisation and Local Development during the seminar thus examined the findings, which they said should spur all partners in the chain to take action.

The findings indicate that the issue of fraudulent certificates is a big problem in Cameroon and to Wims Decker of PAMEC “we asked them to look into the mechanisms of how these fraudulent documents are established, the reasons why people do them and who is involved in the business so that solutions can be found”.  Wims Deckers blames the flourish of fraudulent civil status documents on high cost, saying people choose to establish fakes because they are much cheaper. “We thus have to lobby to the authorities to make the acquisition of these certificates less expensive”. Matter of fact, the mission at hand is to sensitize the public of existing frauds in the domain as well as denounce all those still thriving in the fraud business. 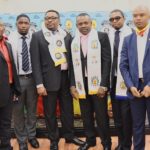