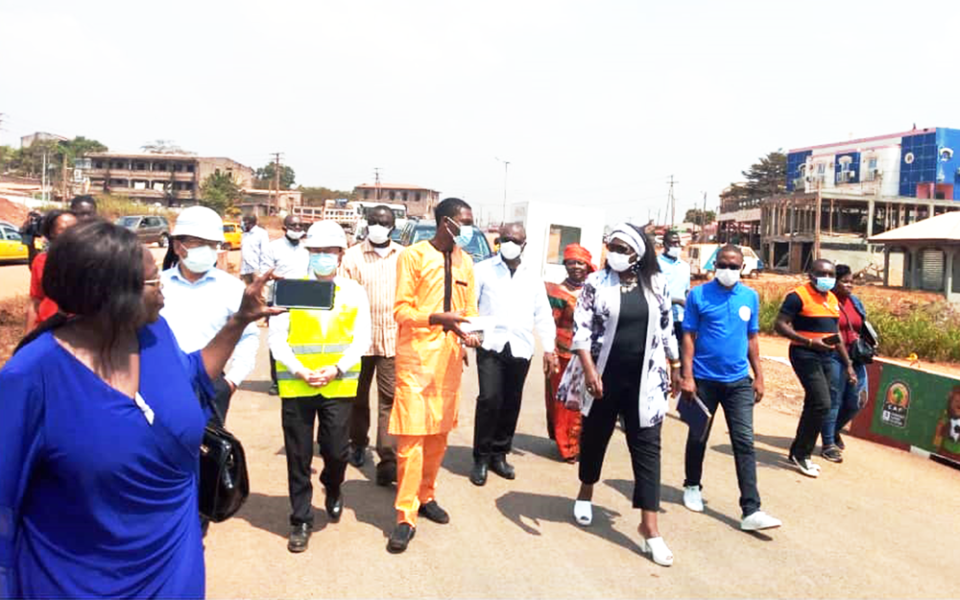 The Minister of Housing and Urban Development has cautioned citizens to adopt better hygiene and sanitation attitudes as the country awaits guests for the upcoming football jamboree.

The tour that took Minister Ketcha Courtes last January 10, 2021 from the heart of the city through several neigbourhoods including Tsinga, Etoudi, Olembe and on to the Yaounde-Nsimalen expressway was meticulous. It was aimed at assessing not only the state of some access roads to and from stadia and hotels around the capital city but also the cleanliness of streets. A few days to the kick-off of the African Nations Championship CHAN, the Minister expressed deep worry that the unbecoming habit of disposing waste on roads could tarnish the image of a country that will be playing host to hundreds of guests. At the Olembe neighbourhood, a few meters from the stadium, the Minister was appalled at the dirt littered streets, which prompted her to call the attention of a sugar cane vendor to own a wastebasket into which consumers of the sweet cane could drop waste. Her appeal to users of a training field close by was for them to keep the area clean in order to permit visitors admire the beauty of the streets.
At the Tsinga neighbourhood, Minister Ketcha was quick to switch to Fufulde as she addressed some men who had setup shacks on the roadside, explaining that their installations marred the image of the area to passers-by. She beckoned on the people to decamp, going as far as giving them some money to clear-up the area within the shortest timeframe, while promising to return for inspection. To her, “when we have such numbers and distinguished guests coming to the country, it is but normal that we put on our best apparel to welcome them. I therefore implore the population to be more responsible as far as waste disposal is concerned. To this effect, I have asked authorities of Hysacam to increase the number of mobile and stationary dustbins in the various neighbourhoods”.
The Yaoundé – Nsimalen expressway is open and decorated in the colours of countries that will be participating in the sports jamboree that starts on January 16, 2020. Here, the minister’s convoy made stop overs during which the Minister had instructions for the Chinese company working there. According to her, “the expressway is ready and is a magnificent infrastructure offered by the Head of State to facilitate the transportation of persons to and from the airport. Our visitors will see that Cameroon is on its modernisation course championed by the Head of State Paul Biya.” As the countdown to CHAN narrows, the country is getting set to host delegations from across Africa in all its beauty. 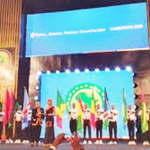