Cells, branches and subsections in the North West Region have been reorganised, and as from September 17, 2021, the party starts renewal of section executives.

7,423 cells have effectively been put in place, according to statistics from the North West region on CPDM basic organs that L’Action obtained a copy. The same document says the region counts 2,806 branches, and 1,001 subsections. Mezam and Momo divisions have fielded the number of militants, according to the document that L’Action obtained from the North West Regional Coordination Committee. Mezam counts 78, 219 militants spread over seven sections. While records of Momo division show 43,332 militants in the five sections. The Charge des mission Dr Nwana Sama Bernard says documenting the names of the executives from the cells to the sections of the entire region is an additional task from the General Secretariat of the Party.
Meanwhile, from September 17, 202, the North West will begin voting section executives in the 34 sections of the region. Mezam II (Santa) will held last section elections on Sunday September 19, 2021.
Santa is among the few areas that have carried out the renewal process on site. Donga Mantung division, and three sections of Bamenda city (Mezam I-A, Mezam I-B and Mezam I-C) also carried out their reorganisation on site. These areas enjoy relative calm. Others have been unable to openly renew basic organs because of the security scare in the region. The ongoing socio-political crisis laced with the terror from armed groups that target CPDM militants has made the process difficult for party authorities of the region.
However, militants of the North West known for their commitment and loyalty are overcoming the security challenge, Dr Nwana said. Due to the context, the process requires funds. CPDM elite of the region have raised over FCFA 60 million for the process. “The elite continue to raise money to ensure that the reorganisation is successful”, Dr Nwana said. 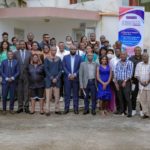 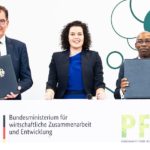