Relations between Cameroon and the Vatican have been characterized over the years by regular exchanges at State level between Yaoundé and the Holy See.

President Paul Biya met with Pope Francis for the first-ever tête a tête since he became head of the Roman Catholic Church and the state of the Vatican six months ago. The maiden encounter with Pope Francis was marked by a 30-minute discussion at the Pope’s private library inside the Saint Peter’s Basilica during which both men exchanged views on global issues as well as on the health of the church in Cameroon. The discussions between President Paul Biya and the Supreme Pontiff also touched on conflicts that are tearing people apart as well as the ongoing fight against poverty.
They couldn’t have left out the state of relations between the Holy See and Yaoundé. President Paul Biya has been described as an apostle of peace, promoter of inter-religious harmony and a Statesman with the knack for building bridges of stability not only in Cameron but in the Central African sub-region. His visit to the Vatican could not have been less timely coming at a time when wars are tearing some African countries apart in the name of religion. Cameroon happens to be one of the rare countries on the continent to be enjoying a peaceful cohabitation of both Muslims and Christians alike. No wonder sources have it that the Pope praised the climate of liberty, notably religious liberty and inter-religious harmony in Cameroon.As far as cooperation ties are concerned, the Vatican and Cameroon are about to sign a legal agreement on the status of the Catholic Church in the country.
The subject was discussed during the President’s official visit to the Holy See. After Paul Biya’s meeting with the Pope, he met with the secretary of the Holy See in charge of Relations with States, Archbishop Dominique Mamberti. During these meetings, the agreement on the legal framework of the Catholic Church in Cameroon was mentioned. The statement issued by the press office of the Holy See said that this visit to Rome was an opportunity to discuss the impending completion of negotiations for this agreement.Though the press release does not provide any further details on the agreement, it said the two meetings were cordial and allowed the parties to commend the quality of relationships reinforced by the outcome of a framework agreement on the legal status the Catholic Church, which will soon be signed.
Experts say the legal agreement should harmonize and facilitate the installation of Catholic congregations in the country.Worthy of note is the fact that the Catholic Church is deeply implanted in Cameroon, counting over 5million followers, with five ecclesiastical provinces namely Yaoundé with 7 dioceses, Douala with 6, Bertoua, Garoua and Bamenda with four each.It is worth recalling that it was on the invitation of Pope Francis, that the President of the Republic and Madam Chantal Biya left Yaoundé last October 16, 2013 for an official visit to the Vatican.
He was accompanied by a host of state dignitaries amongst them, the vice Prime Minister, minister in Charge of Relations with the Assemblies, Amadou Ali, Moukoko Mbonjo Pierre, minister of External Relations; Belinga Eboutou Martin, director of the Civil Cabinet, to name but these.On the sidelines of his official visit, Ahmadou Ali and Pierre Moukoko Mbonjo granted separate audiences to four delegations on behalf of President Paul Biya. Each of the delegations paid tribute to the Cameroonian leader for the peace and stability that reign in Cameroon at a time when some countries in the Central African sub region are bubbling with internal strife.
The second official visit of the Head of State to the Vatican is in continuation of the close ties that bind Cameroon to the Vatican, which has also seen three papal visits to Cameroon: 1985, 1995 and 2009. The visit was marked by President Biya’s invitation to Pope Francis to visit Cameroon. 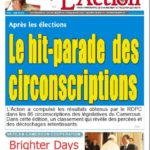 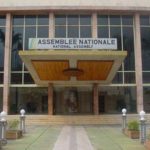