The Secretary General of the Central Committee has asked militants to choose from among them, men, women and youth capable of creating a fundamentally positive dynamic in the advent of regional institutions.

The massively attended meeting convened on September 12, 2020 in Yaounde was aimed at setting the records straight concerning the nomination procedure of the Party’s candidates. After the National Presidents’ circular spelling out what should obtain, it was imperative that such a meeting be held in the event where there would be any incomprehension. In his opening remarks, Jean Nkuété while recalling what was done when the Senate was being set up stated that “we must be rigorous in the choice of our candidates, in order to bring out personalities with a mastery of the stakes, endowed with useful and necessary qualities for the harmonious conduct of the Regional Councils”. This he said would happen only in the strict and blind respect of the sacrosanct principles of national unity and territorial integrity.

Those in attendance – inter alia members of various committees, general secretariat, section presidents were schooled by various coordinators on the conduct of the nomination of candidates. Usually a forum for frank talk, some participants at the general meeting aired concerns pertaining to the nomination procedure to which responses were dished out. The lively question and answer session calmed some raging spirits especially given that the none respect of directives from hierarchy is the reason some militants were recently sanctioned by the Musonge-led disciplinary commission. Talking of misconduct observed during nominations for the legislative and municipal elections early this year, the SG cautioned that a recurrence would be avoided if militants would use the National President’s circular and the implementation note to guide them. Now more than ever, militants are called to uphold the Party’s ideals, at a time when the propagation of hate speech has become the order of the day. It is thus imperative that for an election from which will emerge the very first Regional Councillors of the contemporary political history of the country, the CPDM avails itself with the very best candidates who will contribute to the vitality of diversity within the framework of a single and indivisible State. 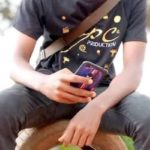